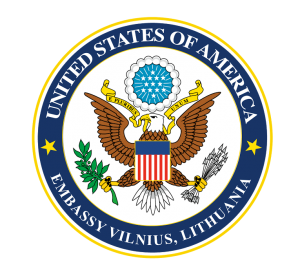 The U.S. Embassy in Lithuania, the American Film Showcase, and the USC School of Cinematic Arts present…

In this interactive workshop, up to ten writers will explore the model of television development used in the United States, including identifying a concept, pitching, writing, and producing a television pilot for a one hour drama series. Different genres, styles and formats will be discussed and screened. The workshop will explore key elements of story structure and narrative style. Using a writers’ room model, the group will collaborate to help each participant identify a story idea, develop characters, conflicts, and season-long story arcs. Participants will study the process of creating a pitch document, and then build out a six-page pitch document to present their idea. At the end of the workshop, each participant will pitch their series idea to the group and receive notes. The U.S. Embassy welcomes applications from professional TV and film writers; based on space availability, the Embassy may also consider applications from script writing students, theater professionals, and documentary filmmakers with an interest in scripted projects.

The U.S. Embassy is pleased to offer this workshop at no charge to the participants. The workshop will run for 6-8 hours every day from April 24 to 28 and participants must be able to fully commit to attending the entire workshop. Participation will be limited and the Embassy will select participants based on the information submitted in the application. Applications must be submitted to the Embassy by March 3, 2017 (email: labanauskienei@state.gov), and applicants will be notified of their acceptance by email no later than March 13. 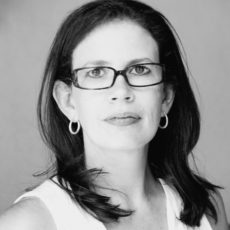 Amanda Green is an American television writer/producer with over 350 hours of produced one-hour dramas. Currently, she is Co-Executive Producer of the Warner Brothers/FOX drama series, “Lethal Weapon,” which reboots the classic feature film franchise as a television drama. Green began her career in law enforcement and transitioned into television writing, specializing in crime dramas that allow her to draw upon her wealth of experience in the criminal justice system. Green was a writer/producer for eleven seasons of NBC’s long-running crime drama “Law & Order: Special Victims Unit.” Green also wrote and produced the TNT’s “Perception” and NBC’s “The Mysteries of Laura.” Other television credits include “Blue Bloods,” “Outlaw” and “Trial By Jury.” She has also developed projects for major studios and networks including FBC, HBO, and TNT. Green is heavily committed to mentoring the professional development of young writers in the workplace. She also teaches screenwriting at the University of Southern California’s School of Cinematic Arts. She lives in Los Angeles with her husband and two children.