PRESENTATION OF TWO INTERNATIONAL FILM PROJECTS IN THE CINEMA „PASAKA“

Young film professionals and creative industries students from Lithuania, Portugal and Croatia with the help of the industry profesionals created films about Vilnius city and it‘s residents at „NordBaltic Incubator‘17“ 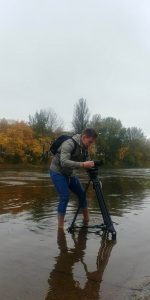 Topics of the films which were created by eight international teams including young profesionals and students interested in cinema are very different.  This year audience will be able to have closer look of old town bookstore life in the „A dream of the sleeping bull“. Director from Portugal Miguel Santos will reveal the meaning of the word „Saudade“ by showing stories of the erasmus students living in Vilnius. Nature‘s and bird day lovers will be amazed by the movie „The private life of city birds“.  In the movie „Here was Dan“ we will get to know contemporary youth life in Vilnius. Film „Dirty hands“  will tell about street art. You will get different view of Vilnius in the movie „3 ties“ and get to know closer famous Lithuanian actor Gedinimas Gerdvainis in „Through the eyes“. Finally our journey will end with the movie „Satanhausas“ about  mysterious Vilnius place.

„It is an unforgettable time, an invaluable experience. Audiovisual Arts Industry Incubator has been full of joy that we will not forget for a long time.We are determined to organize and encourage projects inspiring creativity and dreams. The main thing that educational work wasn‘t left unnoticed – the results will be visible to everyone who are interested in young european works.“ – says AMII director and film director Inesa Kurklietytė 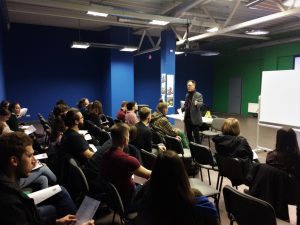 Also that evening we will remember all movies created in „Summer Media Studio“ workshop. This year the project focused on the work of sound directors and composers and their contribution to the creation of a film. The participants have created seven short films and documentaries in collaboration with film director Slawomir Kalwinek, Colorado University Denver College of Art and Media College Sound designer David Bondelevitch and Lithuanian Academy of  Music and Theater Lecturer, Composer and Sound Designer Jonas Jurkunas. The project involved more than 40 participants – film and media high school students and young audiovisual arts professionals from 7 countries: Lithuania, Latvia, Finland, Croatia, Hungary, Great Britain and Germany.

The fifth workshop „NordBaltic Incubator“ is supported by the Lithuanian council for culture, Ministry of Culture of the Republic of Lithuania, and the Vilnius City Municipality. 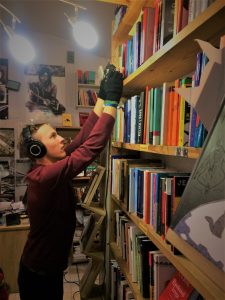 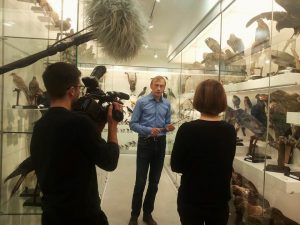 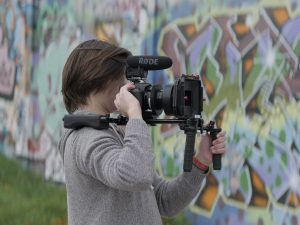